PT Swarna Agro Nusantara, producer of indonesia black tea, It comes from the Camellia sinensis plant and is often blended with other plants for different flavors, such as Earl Grey, English breakfast or chai.

Black tea also offers a variety of health benefits because it contains antioxidants and compounds that can help reduce inflammation in the body.

Here are 10 health benefits of black tea, all supported by science.

Black tea from PT Swarna Agro nusantara same with another and riches of antioxidant, Antioxidants are known to provide a host of health benefits. Consuming them can help remove free radicals and decrease cell damage in the body. This ultimately may help decrease the risk of chronic disease.

Polyphenols are a type of antioxidant found in certain foods and beverages, including black tea. Groups of polyphenols, including catechins, theaflavins and thearubigins, are the main sources of antioxidants in black tea and may promote overall health.

In fact, one study in rats examined the role of theaflavins in black tea and the risk of diabetes, obesity and elevated cholesterol. Results showed that theaflavins reduced cholesterol and blood sugar levels.

Another study examined the role of catechins from green tea extract on body weight. It found that those who consumed a bottle containing 690 mg of catechins from tea on a daily basis for 12 weeks showed a decrease in body fat

While many supplements contain antioxidants, the best way to consume them is through food and beverages. In fact, some research has found that taking antioxidants in supplement form may harm your health.

Along with tea, flavonoids can be found in vegetables, fruits, red wine and dark chocolate. Consuming them on a regular basis may help reduce many risk factors for heart disease, including high blood pressure, high cholesterol, elevated triglyceride levels and obesity.

Another study found that those who drank three cups of black tea per day had an 11% reduced risk of developing heart disease. Adding black tea to your daily routine is an easy way to incorporate antioxidants into your diet and potentially reduce your risk of future health complications.

When there is too much LDL in the body, it can build up in the arteries and cause waxy deposits called plaques. This can lead to problems like heart failure or stroke.

Fortunately, some studies have found that consuming tea may help reduce LDL cholesterol. One randomized study found that drinking five servings of black tea per day reduced LDL cholesterol by 11% in individuals with slightly or mildly elevated cholesterol levels

Another randomized three-month study in 47 individuals compared the effects of traditional Chinese black tea extract and a placebo on LDL levels.

Results showed a significant decrease in LDL levels in those who drank black tea, compared to the placebo, without any undesirable side effects. Researchers concluded that black tea helped improve cholesterol levels in individuals at risk for heart disease or obesity.

In fact, some studies have suggested that the type of bacteria in your gut may play an important role in reducing the risk of certain health conditions, such as inflammatory bowel disease, type 2 diabetes, cardiovascular disease, obesity and even cancer.

In addition, black tea contains antimicrobial properties that kill off harmful substances and improve gut bacteria and immunity by helping repair the lining of the digestive tract.

However, further research is needed before a strong conclusion can be made regarding the role of black tea and immune function.

Results found that those who drank black tea had a significant decrease in systolic and diastolic blood pressure, compared to the placebo group. However, research on the effects of black tea on blood pressure is mixed.

A meta-analysis of five different studies involving 343 participants looked at the impact of drinking black tea for four weeks on blood pressure. Although results found some improvements in blood pressure, researchers concluded that the findings were not significant

Drinking black tea swarna production on a daily basis, as well as incorporating other lifestyle modifications like stress management strategies, may benefit those with high blood pressure.

6. May Help Reduce the Risk of Stroke

A stroke can occur when a blood vessel in the brain is either blocked or ruptures. It’s the second leading cause of death worldwide

Fortunately, 80% of strokes are preventable. For example, managing your diet, physical activity, blood pressure and not smoking can help reduce the risk of stroke.

Another study reviewed data from nine different studies including over 194,965 participants.
Researchers discovered that individuals who drank more than three cups of tea (either black or green tea) per day had a 21% decreased risk of stroke, compared to individuals who drank less than one cup of tea per day.

Elevated blood sugar levels may increase your risk of health complications, such as type 2 diabetes, obesity, cardiovascular disease, kidney failure and depression. Consuming large amounts of sugar, particularly from sweetened beverages, has been shown to increase blood sugar values and the risk of type 2 diabetes
When you consume sugar, the pancreas secretes a hormone called insulin to carry the sugar to the muscles to be used for energy. If you consume more sugar than your body needs, the excess sugar gets stored as fat.

Indonesia Black tea is a great non-sweetened beverage that has been found to help enhance the use of insulin in the body.
One test-tube study looked at the insulin-enhancing properties of tea and its components. Results showed that black tea from indonesia and swarna agro nusantara production will increased insulin activity more than 15-fold.
Researchers concluded that several compounds in tea were shown to improve insulin levels, specifically a catechin called epigallocatechin gallate

Another study in mice compared the effects of black and green tea extract on blood sugar levels. Results found that they both lowered blood sugar and improved how the body metabolized sugar

8. May Help Reduce the Risk of Cancer

Over 100 different types of cancer exist, and some are not preventable.

Nevertheless, the polyphenols found in black tea may help prevent cancer cell survival.
One test-tube study analyzed the effects of the polyphenols in tea on cancer cells. It showed that black and green tea may play a role in regulating cancer cell growth and reducing new cell development

Another study analyzed the effects of the polyphenols in black tea on breast cancer. It showed that black tea may help overcome the spread of hormone-dependent breast tumors

Although black tea should not be considered an alternative treatment for cancer, some research has demonstrated black tea’s potential to help reduce cancer cell survival.

Black tea our production (PT Swarna Agro Nusantara) contains caffeine and an amino acid called L-theanine, which can improve alertness and focus.
L-theanine increases alpha activity in the brain, resulting in relaxation and better focus.
Studies have found that beverages containing L-theanine and caffeine have the greatest impact on focus due to the effects of L-theanine on the brain
This may be why many individuals report more stable energy after drinking tea, compared to other caffeinated beverages like coffee.
Two randomized studies tested black tea’s effects on accuracy and alertness. In both studies, black tea significantly increased accuracy and self-reported alertness among participants, compared to a placebo
This makes black tea a great beverage if you are looking to improve energy and focus without a lot of caffeine.

Not only is black tea good for you, it’s also simple to make.
To make black tea, first boil water. If using store-bought tea bags, simply add a tea bag to a mug and fill it with the hot water.
If using loose leaf tea, use 2–3 grams of tea leaves for every six ounces of water in a strainer.
Let the tea steep in the water for 3–5 minutes, depending on your taste preference. For a stronger tea, use more tea leaves and steep for a longer period of time.
After steeping, remove the tea leaves or tea bag from the water and enjoy. 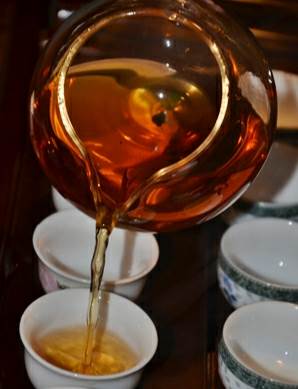 Black tea from PT Swarna Agro Nusantara producer is a great option if you are looking for a low-calorie, non-sweetened beverage with less caffeine than coffee or energy drinks.
It has a strong, unique flavor and contains plenty of antioxidants, which can provide several health benefits. These include improved cholesterol, better gut health and decreased blood pressure.
Best of all, it’s simple to make and can easily be found at many stores or online.
If you haven’t done so before, consider trying black tea so you can reap its numerous health benefits

We Are Indonesia Company establish since 2014, over 15 years experience of exporting and we are provide and manufacturer for tea and coffee with your brand and your private label to our customer in around the world. Phone: +62 24 86400927 Mobile: +62 82223888874 email: [email protected]